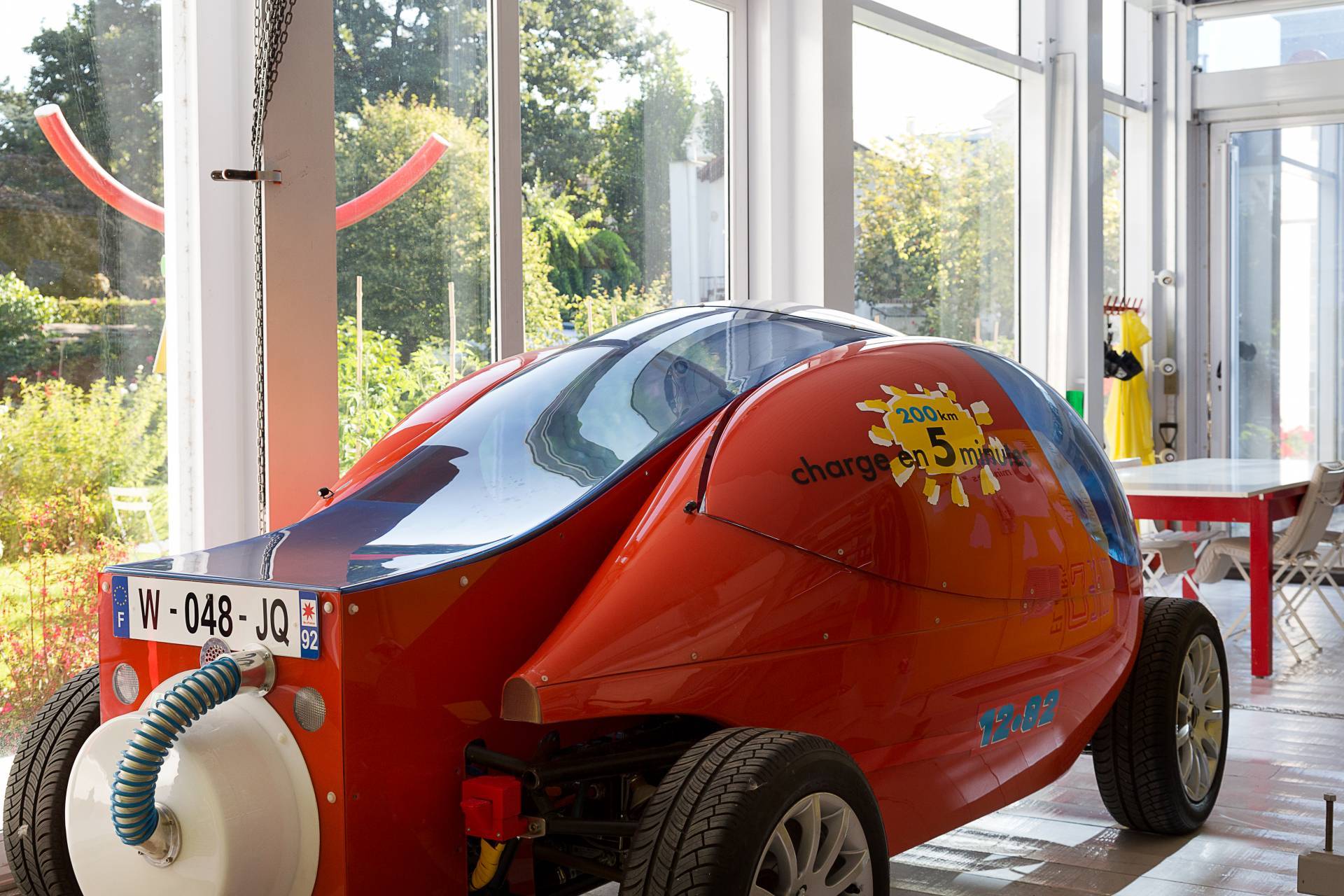 Still years ahead of her time

In the steps of André Courrèges, the man of the future, Coqueline remains preoccupied by our planet and humanity. By Eric Jansen

From the exterior nothing suggests that Coqueline Courrèges' universe is truly remarkable. The street is among the most peaceful in Neuilly-sur-Seine. However, when the gates open, a surprise awaits: the sunshine floods the extensive garden with an artist's studio at the bottom. Every morning, Coqueline heads for this elegant glazed cube where André Courrèges spent time painting and creating sculptures. Here, surrounded by her versatile team, she pursues a dream: to create tomorrow's electric car. “With an autonomy of 200 kilometers, and battery elements that can be recharged in 5 minutes.” Fashion had never really thrilled her for, to quote André, “fashion becomes unfashionable”, whereas the future which was always his driving force is constantly at the centre of her preoccupations. When in 1968 Paris was short of petrol, she constructed as a surprise for him a translucent “Bubble” car equipped with a little lead-acid battery - a creation that the couturier proudly displayed during his July show. The couple's complicity was total. Since their first encounter at Cristóbal Balenciaga’s fashion house, they had shared a common vision of the world, or more precisely of how they wanted to change it. Although their Spanish master had taught them all there was to know, they nonetheless wanted to bring haute couture more into phase with their time. They created their business in 1961 and their modern touch was an immediate hit.

The press in the United States and notably Diana Vreeland were enthralled, and France soon followed suit. A visionary, André Courrèges designed models that were to swiftly become best-sellers, such as the renowned “trapeze” dress, the trouser ensemble, flat-heeled boots, second-skin tights, the mini skirt. His revolutionary creations were adopted by a generation of women who loved their style and comfort. Iconic personalities such as Jackie Kennedy and Marella Agnelli also succumbed to their strength, purity and optimism. An aesthetic that broke the boundaries of fashion. Keen fitness enthusiasts, the couple wanted to promote a certain lifestyle. “André could rejuvenate women, but they had to make the first move towards him.” The “Courrèges Design” department imagined objects for this new age: golf bags, surf boards, digital telephones... the future was bright, colourful and joyful. “It's true that we were pretty happy at the time” recalls Coqueline. In the 1970's numerous boutiques were opened, and the “Empreinte” and “Eau de Courrèges” perfumes became international best-sellers. The success story continued until the 1980's when the company was sold, bought and sold once again... Coqueline however has no regrets. Plain speaking as usual, she admits: “It was over, now it's in the hands of financiers.” She has not however given up on her desire for change - “today the future is in energy” - following on with the word that drove her and André Courrèges’ lives: “Dare!”