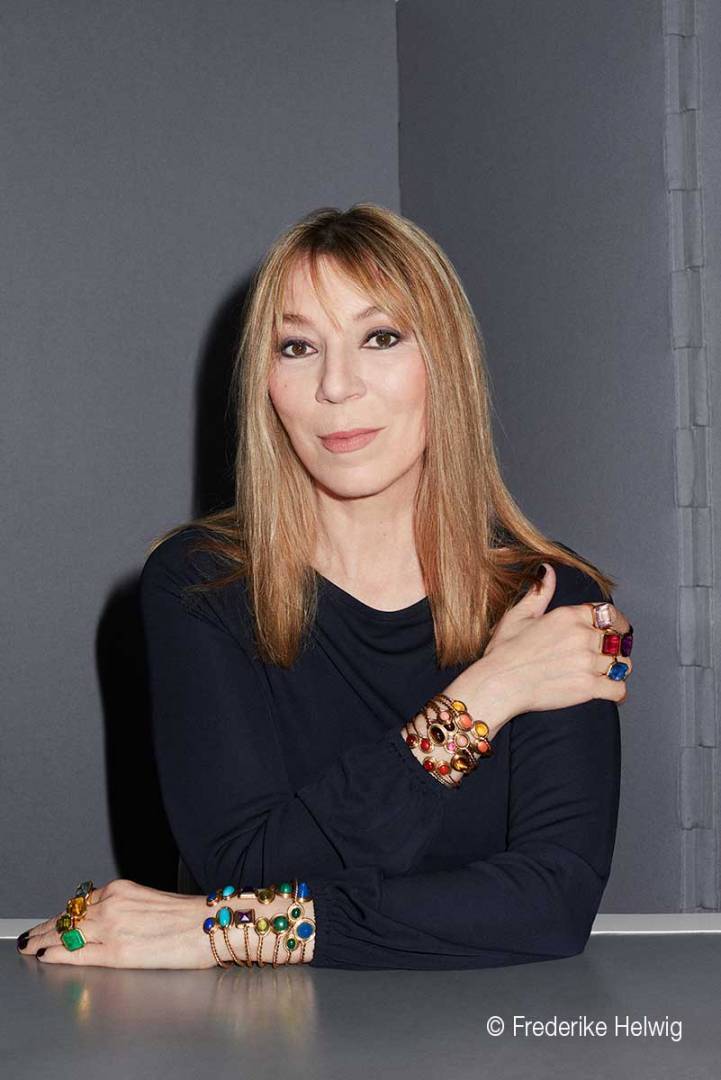 For over twenty years she has worked as creative director of Christian Dior’s fine jewelry division. Today sees the publication of a book that, like her, is baroque, joyful and colourful. By Éric Jansen

From A for Abundance to Z for Zigzag, the abecedarium that Victoire de Castellane has created with the assistance of Olivier Gabet, director of the Museum of Decorative Arts in Paris, is a series of souvenirs, amusing allusions and technical details that evoke past collections and highlight her unique savoir-faire. In 1998 when Bernard Arnault entrusted Victoire with the launch of Dior’s fine jewelry division, he was well aware that having spent fourteen years with Karl Lagerfeld at Chanel the young woman had experience in fashion and costume jewelry. He little imagined however that she was about to undertake a creative revolution. “When I arrived” Victoire recalls, “I looked at what was being done elsewhere and found that jewelry had become somewhat staid, lacking in liberty, gaiety and frivolity.” An allusion to a golden age when women such as her idol Helena Rubinstein or her grandmother's best friend, a certain Barbara Hutton, were the queens of their day... For Victoire, it was time to reconnect with baroque jewelry… Her love for fine coloured gems, often asymmetrical “but always balanced and appropriate”, was shared by many who found her designs as mouthwatering as candy, and succumbed to the temptation… Collection after collection, she refined her style. Floral features, dear to Christian Dior, were succeeded by pieces featuring remarkable carnivorous plants, and even an extraordinary creation with jellyfish set with multicoloured sapphires and dragons with ruby eyes. Others followed in her footsteps as disciples rapidly “emulated” Victoire’s unbridled creativity… Constantly renewing her sources of inspiration, she nonetheless maintained her position and led from the front, imagining creations based on old jewelry and delving into the company’s archives in order to design collections inspired by lace or daring abstract patterns with subtle nuances of colours. The quirkiness, or more exactly a desire to blow the cobwebs off a traditional, classical notion of luxury, remains. Poetic value is more important than the number of carats. A certain form of dandyism that would no doubt have pleased her greatgreat- uncle, Boni de Castellane. In the latter’s “Palais Rose”, constructed at the turn of the century in Avenue Foch thanks to his wife and American heiress Anna Gould’s fortune, he hosted lavish parties… and ended up ruined. His autobiography The Art of Being Poor was published shortly before his death… Chic to the bitter end. Dior Joaillerie: The A to Z of Victoire de Castellane, Éditions Rizzoli