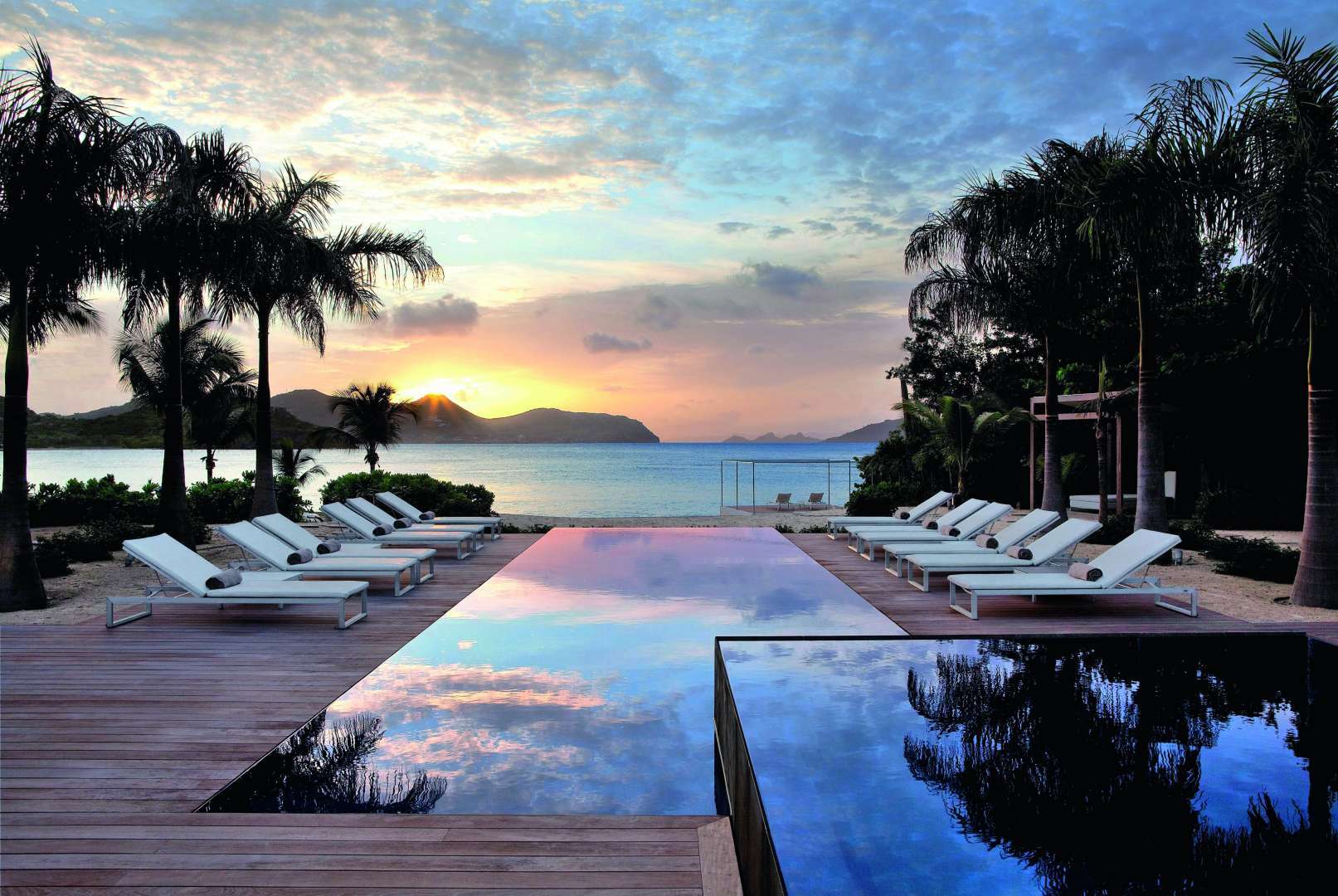 Ravaged by Hurricane Irma in 2017, the island has bounced back and by the end of the year the island’s finest hotels should have reopened. A great opportunity for a holiday, or perhaps to purchase a delightful property. By Eric Jansen

Does St. Barts really need any presentation? This jewel of the Caribbean, with its omnipresent nature, its twenty or so sandy beaches, it’s harbour where the most beautiful yachts are moored, and its luxurious and yet relaxed atmosphere that makes it so charming? Unquestionably, Hurricane Irma in 2017 wreaked absolute havoc. But amazing though it may seem, just two years later St. Barts has healed his wounds. Better still! The island has witnessed the renaissance of its iconic hotels, and consequently the return of their clients, faithful to this little gem. This winter, the Eden Rock shall reopen after total restoration. In a prime location in St. Jean Bay, it is a must for numerous Anglo-Saxons, not least because its owner is one David Matthews, the proud father-in-law of a certain Pippa Middleton... Others prefer Flamands beach and its paradisiacal setting. In place of the hotel Isle de France, they will this year discover the particularly elegant Cheval Blanc, signed Jacques Grange. A beach hut atmosphere for a somewhat more sophisticated Robinson Crusoe. Those wishing to stay in Gustavia and perhaps do a bit of shopping will head for the Carl Gustaf which has also been revamped thanks to the talent of decorators Patrick Gilles and Dorothée Boissier.

As you have no doubt understood, the island is in complete renaissance and this remarkable progress has naturally had an effect on the real estate market. “All the signs are good” enthuses Christian Wattiau of Sibarth Real Estate. “In recent months, we have seen a significant increase in activity.” Is this really a surprise? Saint Barts offers an extraordinary lifestyle in total security. The Americans have come back, so have the Russians and some of the French. Some purchase on Flamands beach, near renowned art dealer Larry Gagosian, while others opt for Gouverneur beach where Roman Abramovitch settled in 2009. Somewhat wilder are Toiny Cove (next to the former Nureyev villa), and Colombier Cove. It was here that, in 1957, David Rockefeller built a magnificent property and to some extent made the island what it was to become. His friend Edmond de Rothschild chose an equally unspoilt location at Marigot Bay. When he passed away in 1997, his son Benjamin inherited the property, subsequently selling it to an American. The latter resold it with no difficulty shortly after the hurricane. “This goes to show the island’s power of seduction as well as buyers’ confidence in St. Barts” concludes Christian Wattiau. Will you allow yourself to be tempted?