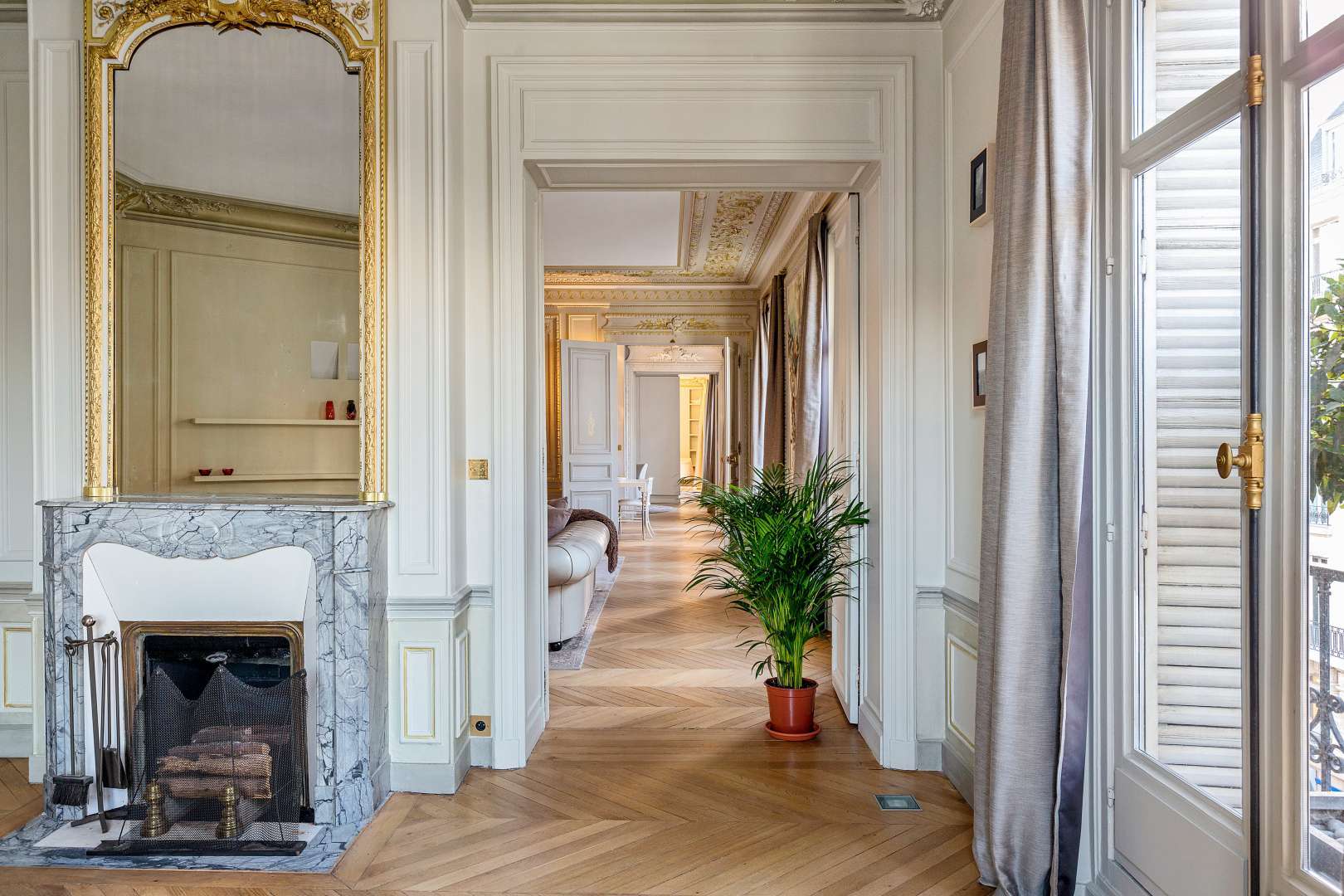 IS THE PRICE RISE IN PARIS ARTIFICIAL?

Over 12 months, the Parisian real estate market has attained around 20 billion euro in sales, of which around 4.5 billion were for assets at prices exceeding 1 million euro. The latter represents about 3,000 sales in Paris out of a total of 37,000 sales, or some 8% of the market. Assets priced at above 2 million euro represent less than 500 transactions.

The Paris luxury market is therefore a relatively narrow market. The average price per square meter in Paris has tripled in 20 years and, according to notaries, is currently slightly above 10,000€/sqm.

As far as Féau is concerned, transactions concluded in our agencies have on average been as follows:

As referenced by notaries over the 12 past months in Paris, our Daniel Féau and Belles demeures de France agencies achieved :

It is therefore likely that our observations will be backed up by statistics.

While prices have risen much faster than inflation, volumes on the other hand remain in a range between 33 000 and 37 000 annual sales.

Owing to rigidity volumes are not increasing.

Regulations in Paris are stricter than in other cities across the globe.

Building in Paris is limited in height (no high-rise) and the SRU urban renewal law dating from the year 2000 made construction in Paris non-viable (with the exception of in the 18th, 19th and 20th districts).

Supply is, as a result, structurally restricted to existing buildings in Paris.

Faced with this frozen supply, demand remains superior to offer.

There are a number of reasons that may explain this situation; with over 19 million visitors, Paris is the 1st global metropolis for tourism. Paris has a concentration of political, economic and financial decision-making centres superior to other countries, and is the leading luxury showcase on an international scale. Also, the architecture of Parisian buildings and notably in the capital's historic and residential neighbourhoods is unique and keenly sought-after not only by Parisians but also by French nationals from elsewhere in the country, as well as foreigners. Haussmannian buildings, which in the majority are those to be found in these neighbourhoods, are unique in the world.

A dwelling in London offering about 250 sqm of living space would often be in a 3-storey brick-built building with narrow staircases, fairly low ceilings and rather small windows.

In Paris, the same surface area may be found often on one floor in a freestone building with generous common areas, and would feature large windows and high ceilings, as well as parquet flooring, mouldings and fireplaces.

Paris is therefore one of the most attractive cities in the world, after London, Singapore, New-York, (Hong-Kong…).

Brexit has accentuated this tendency for non-residents to buy in Paris, and notably at prices around 2 million euro. In addition, flat tax and the end of the ISF tax have encouraged investors and French entrepreneurs living abroad for tax reasons to return.

At prices above 10 million euro, non-residents represent the majority of our buyers. Properties at prices exceeding 50 million euro are almost exclusively acquired by buyers from the Gulf States.

For family apartments essentially sought by French nationals, interest rates – which, it is widely believed, shall remain historically low at medium term – contribute significantly to demand.

The imbalance between offer and demand is the most flagrant – and by far – for the classical 3-bed apartment offering 130 to 150 sqm of living space.

For example, a 3-bed apartment in Auteuil priced 1,480,000€ - sold by Daniel Féau to a prospect before even being marketed.

With supply definitively restricted to existing stock, demand from both French and foreign clients is consequently very strong.

The “Grand Paris” development should relieve some of the pressure in inner Paris, but not for assets at prices exceeding 1 million euro.

Consequently, the Parisian market for assets valued at over 1 million euro is set to be unbalanced for the foreseeable future and, without a massive return to new build, we find it hard to see how balance may be restored.

=> There is therefore no Parisian bubble.

The Friggit Law has perhaps long term pertinence on a national scale, but not in Paris, for it would assume an elastic supply and the net revenue of a buyer in this market evolving at the same rhythm as the rest of the population.

Naturally, the Parisian market shall experience fluctuations in both price and volume, but these shall be more due to political - and fiscal - reasons than to strictly economic reasons.

The fluidity of sales at prices exceeding 1 million euro is more closely linked to the political situation rather than the economic environment.